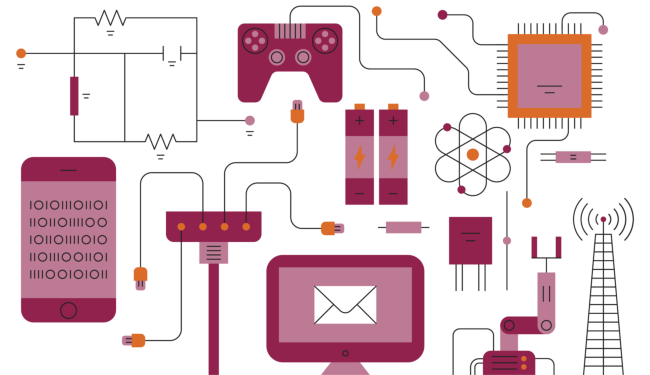 Electrical and Computer Technology is part of our work in Electronics and Information Technology.

Protecting and enforcing IP rights in a high-speed world
The world is more connected than ever. The overlap between technological innovations and their application to products and services has created new markets and opportunities for collaboration. Highly prized intellectual property assets typically drive these advances. Decades of working with industry leaders in computer hardware and software, information technology, the Internet, telecommunications, and more, have given us a deep understanding of how those industries have evolved and where they are heading. To capture economies of scale and customer conveniences that standards provide, many of our clients have developed, patented, and licensed their technologies. Some work with other companies to pool patents to make licensing more efficient. Our clients in these vast and sophisticated markets rely on Finnegan to identify opportunities, anticipate problems, and provide practical solutions.

Understanding the law, science, and technology

Approximately 100 of our professionals have at least one degree—many have graduate degrees—in electrical engineering, computer science, or another form of technology relevant to electrical and computer technology. Some have worked in the electronics and computer industries and bring an insider’s perspective to the problems our clients face. Whatever the electrical technology—light-emitting diodes (LEDs), DSL, circuits, watermarking, digital signatures, microchips, flash memory, SSL, networking, digital video, MPEG, data compression, HD-WDM, or GPS—we have a professional with experience in that field.

We have handled matters for clients in virtually every sector of the electrical and computer technology industries:

Everyone in this industry

Uniloc 2017 LLC v. LG Electronics U.S.A., Inc., et al.
Defended LG Electronics in a patent infringement lawsuit filed by Uniloc involving television display formats. This was one of more than a dozen infringement suits involving nearly two dozen patents filed by Uniloc against LG in a two-year period. Following successful venue transfers, stay or dismissal of nearly all of Uniloc’s lawsuits, and orders invalidating claims in 15 of the asserted patents, this case settled as part of a favorable global resolution with Uniloc.

Patents and Business Essentials for High-Growth Startups and Technology Companies

Double-Check the Prior Art and Validate the Math: Lessons from Apple Inc. v. Corephotonics, Ltd.

How Counsel Balance USPTO and Court Edicts on Section 101