This is our next thread of articles in our Augmented Reality/Virtual Reality Litigation Update series.  In this series, we shine the spotlight on legal proceedings involving AR/VR technology.  As we follow the proceedings in a continuously updated thread of articles, we discuss the AR/VR technologies involved, the intellectual properties at issue, and the litigation strategies and tactical maneuvers of the parties in litigation.

This article focuses on the ’051 and ’518 patents.  The ­’051 patent is titled “Interference based augmented reality hosting platforms.” According to NantWorks, the ’051 patent claims improvements in delivering realistic AR experiences that include AR objects that interact with each other in the virtual environment.  Specifically, the ’051 patent claims using device location information, among other things, to identify AR objects available based on location of the device and to determine whether to alter the occurrence of the AR objects based on location information.  This system of enhancing or including AR objects based at least on the device location is shown in Figure 4 of the ’051 patent. 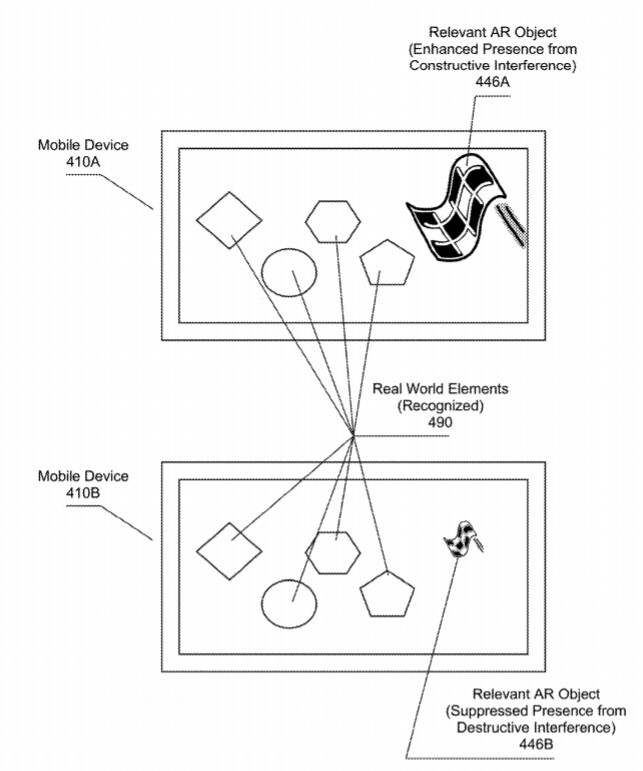 Additionally, the ’518 is titled “Wide Area Augmented Reality Location - Based Services.”  According to ’518 patent, its disclosure provides an improvement to AR service technologies, especially those services based on location.  In particular, the ’518 patent states that it improves on the prior art’s failure to consider that relevant AR areas have “various views of interest” and failure to differentiate between sub-areas in the AR image based on “AR content densities.”  As such, the ’518 patent claims an AR device that is configured to include a map made up of multiple sub-areas.  Further, the device uses location-based information to determine where the device is located within the map.  The device’s location in a specific sub-area of the map can then trigger the display of an AR object on the device’s display.  This system is best shown in Figure 5 of the ’518 patent. 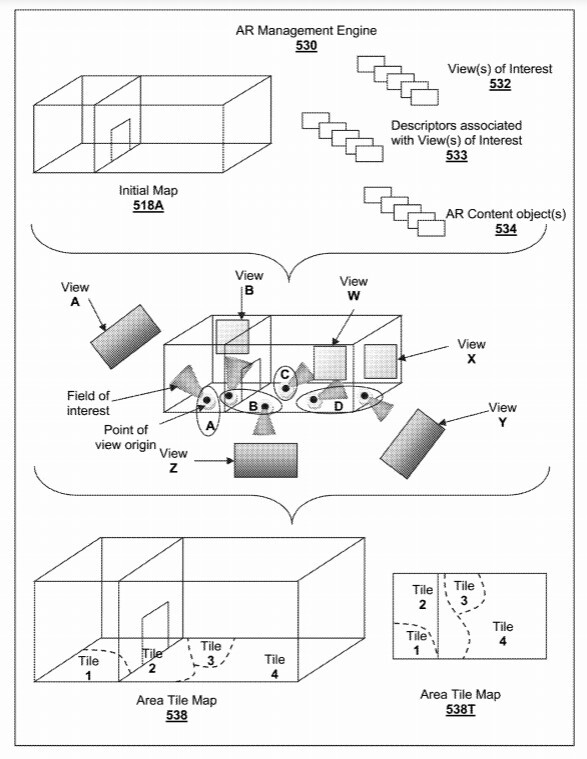 As mentioned previously, the complaint alleges that Niantic directly and indirectly infringed the asserted patents via its Pokémon Go and Harry Potter mobile applications, which allow users to interact with the real-world while using AR technology.  NantWorks’s complaint alleged that each of the accused applications display map views that depict real-world locations near the device running the application.  NantWorks included screenshots of gameplay identifying how each application depicts a real-world location on the virtual map.  According to the complaint, the technology included in Niantic’s applications place avatars at the location of the device within the virtual map based on location information provided by the device.  Additionally, the location of the device allegedly leads to the user’s ability to see or interact with different AR content within the virtual map.

If this case does not settle, we may see the defendant answer the complaint, or perhaps move to dismiss the complaint as deficient in some respect.  Niantic may choose to take other action against the asserted patents, including filing a petition for inter partes review challenging the patentability of the asserted patents.  We will keep you posted of future developments in this AR/VR litigation. 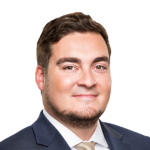 None of Us Saw Them Stop the PTA Giveaway

Part II: The Current State of Precedential Opinions and Denials of Institution at the USPTO Patent Trial and Appeal Board – Advanced Bionics and Section 325(d) Discretionary Denials

Teaching Away May Preclude Motivation to Modify a Reference