Update from the EPO on Opposition Oral Proceedings

The move to videoconference-only proceedings is a mixed blessing for parties. With no travel costs, videoconference Oral Proceedings are undoubtedly a lower-cost option and as such it is difficult to see why some parties would choose to go back to in-person hearings. The EPO has also seemed to be more flexible in allowing requests to move start times to accommodate parties based in countries operating outside of the Central European Time zone. However, the closure of the “loophole” allowing a postponement for parties objecting to videoconference Oral Proceedings means that there are again very few grounds on which a request for a postponement of Oral Proceedings may be granted. Parties may therefore find themselves needing to fund multiple hearings in a short space of time as the EPO seeks to make up for lost time.

While the Examination and Opposition Divisions seem to have embraced videoconference Oral Proceedings, there has been no further update at this time from the Boards of Appeal, which still seem to favour in-person hearings. 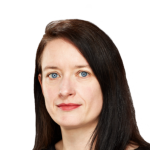 ITC Litigation in 2021: Managing the Pandemic and Other Changes

The Case of the [Allegedly] Stolen &