Dialing up Fixes to Your Patent Claims: So Relaxing!

In American National Manufacturing Inc. v. Sleep Number Corp., Nos. 21-1321, 21-1323, 21-1379, 21-1382 (Fed. Cir. Sept. 29, 2022), the Federal Circuit held that as long as a claim amendment proposed during an IPR does not enlarge the scope of the claims, does not add new matter, and responds to a ground of unpatentability in the proceeding, the patent owner may also make additional amendments to a claim. The Federal Circuit also held that a clear typographical error does not render the claims unpatentable for lack of enablement.

The inter partes reviews (“IPRs”) on appeal involved challenges to U.S. Patent Nos. 8,769,747 (“the ’747 patent”) and 9,737,154 (“the ’154 patent”), directed to “systems and methods that purport to adjust the pressure in an air mattress ‘in less time and with greater accuracy’ than previously known.” Id. at *3. The patents disclose adjusting pressure in an air bed by measuring the air pressure inside the valve enclosure assembly instead of the air chambers themselves. Id. This eliminates the “need to turn off the pump in order to obtain a substantially accurate approximation of the chamber pressure.” Id.

In each of the IPR proceedings, Sleep Number filed a motion to amend contingent on a finding that the challenged claims were unpatentable. Id. at *11. The proposed amendments added the requirement of a multiplicative pressure adjustment factor, which the Board had determined was not proven unpatentable, and additional non-substantive amendments including changing the term “pump housing” to “valve enclosure” and “chamber” to “bladder.” Id.

The Board rejected American National’s arguments that the proposed amendments did not respond to a ground of unpatentability and were legally inappropriate; the relevant specification contained an error that rendered the claims non-enabled; and the proposed amended claims were indefinite. The Board thus granted Sleep Number’s motions to amend.

On appeal the Federal Circuit focused on four main arguments:

First, American National argued that the Board erred in allowing amended claims that made additional changes beyond those that were responsive to an unpatentability ground. Id. at *13. In its analysis, the Federal Circuit upheld the Board’s “thoughtful analysis” based on the Board’s previous decision in Lectrosonics, Inc. v. Zaxcom, Inc., IPR2018-01129, 2019 WL 118864, at *2 (P.T.A.B. Feb. 25, 2019). In Lectrosonics, the Board held that under 37 C.F.R. § 42.121, “once a proposed claim includes amendments to address a prior art ground in the trial, a patent owner also may include additional limitations to address potential § 101 or § 112 issues.” Id. The Federal Circuit noted that the America Invents Act restricts the patent owner amendments in only two ways: amendments may not enlarge the scope of claims or introduce new matter. American National, No. 21-1321, at *13-14. And the PTAB regulations only require that an amendment respond to a ground of unpatentability involved in the proceeding. Id. “Thus, so long as the proposed claim amendment does not enlarge the scope of the claims, does not add new matter, and responds to a ground of unpatentability in the proceeding, the patent owner can may also make additional amendments to a claim.” Id. at *14.

American National argued that allowing a patent owner to correct potential § 112 errors in an amendment violated due process and the Administrative Procedure Act (“APA”) because a petition cannot challenge claims under § 112. The Federal Circuit disagreed, holding the petitioner can challenge the proposed amended claims on grounds beyond § 102 and § 103, including § 112. Id. The Federal Circuit found no error in the Board’s decision to consider the proposed substitute claims.

Second, the Federal Circuit analyzed whether an undisputed error in the specification of the priority application necessarily means the proposed amended claims are not enabled. Id. at *15-16. Specifically, the specification referred to a “Manifold Pressure from Step 168,” while both parties agreed that the reference should have been to a “Manifold Pressure from Step 176.” Sleep Number’s expert testified that a person of skill in the art would have recognized the error based on other disclosures in the specification that correctly referred to Step 176. The Federal Circuit agreed, citing PPG Indus. V. Guardian Indus. Corp., 75 F.3d 1558 (Fed. Cir. 1996). The Court concluded that it was reasonable for the Board to deem the error a mistake or typographical in nature, and held that it did not render the claims unpatentable for lack of enablement because the error and its correction would have been obvious to a person of ordinary skill in the art. Id. at *18.

Third, American National argued that the PTAB should have denied the motion to amend because the amendment adding the term “valve enclosure” introduced an issue of inventorship. The Federal Circuit disagreed. Id. The term “valve enclosure” was used in patents incorporated by reference in the patents-at-issue and the patents-at-issue made clear that valve enclosures were well known in the art. Id. Since reciting a well-known structure does not create an issue of inventorship, the Federal Circuit rejected American National’s argument. Id. (citing Trovan, Ltd. v. Sokymat SA, 299 F.3d 1292 (Fed. Cir. 2002) and Fina Oil & Chem. Co. v. Ewen, 123 F.3d 1466 (Fed. Cir. 1997)).

Fourth, American National argued that the Board violated due process and the APA when analyzing Sleep Number’s evidence of commercial success because the Board inappropriately resolved infringement by finding that the American National products “read on” the claims. Id. at *19. The Federal Circuit disagreed because the Board made it clear that it wasn’t resolving infringement issues. Id. at *20. Additionally, Sleep Number’s evidence of commercial success had “minimal probative weight” and did not change the patentability determination on appeal. Id.

The case demonstrates the opportunity for a patent owner to clean up any potential §§ 101 or 112 issues by amending claims during an IPR to address a patentability challenge. “[S]o long as the proposed claim amendment does not enlarge the scope of the claims, does not add new matter, and responds to a ground of unpatentability in the proceeding, the patent owner can may also make additional amendments to a claim.” On the other hand, patent owners should be careful to avoid inadvertently opening the claims to additional challenges through further amendments. While the challenged claims are only subject to PTAB review for patentability in view of the prior art, amended claims are open to review under all statutory requirements for patentability. See Uniloc 2017 LLC v. Hulu, LLC, No. 19-1686 (Fed. Cir. July 22, 2020) (“the limits of § 311(b) do not extend to the PTAB’s review of proposed substitute claims”).

This case additionally shows (1) that an obvious typo in the specification does not render claims unpatentable for lack of enablement; (2) reciting a well-known structure does not create an issue of inventorship; and (3) a patent owner can rely on sales of an allegedly infringing product as evidence of commercial success if there is evidence the product is coextensive with the claims. 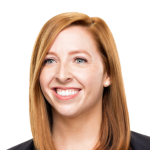