A patent drafter’s word choice, even as trivial as words like “or,” may have a significant impact on how a claim is construed. Is “or” inclusive or exclusive? Does “A or B” mean a choice between “A and B, but not both”? Or does it mean one can choose from “A, B, and both A and B”?

In daily life, people use “inclusive or” and “exclusive or” interchangeably, yet it rarely confuses us because we are trained to read them in context. For example, when a flight attendant asks “coffee or tea?” it usually means choosing between coffee and tea, but not both, since there is only one small cup in front of us. Then when the flight attendant asks “cream or sugar?” it means a choice between cream, sugar, and possibly both.

The Federal Circuit also interprets the word “or” differently depending on the context, as the case law reviewed herein indicates. By the end of this post, you should be carefully considering the facts of each case to avoid the risk that an unwanted definition will be chosen and applied against the Patent Owner.

A choice between either one of two alternatives, but not both

The district court construed “or” as used in the claim to mean “a choice between either one of two alternatives, but not both” and granted summary judgment of no infringement.

On appeal, Kustom argued that the district court’s construction was wrong and “or” should have been construed to mean a search of frequency or magnitude or both. Kustom submitted a technical dictionary with the following definitions relating to logical operators:

The Federal Circuit recognized that technical words must be construed as they would be understood by one of ordinary skill in the art, but found that in this case, Kustom used “or” in its ordinary meaning. The Federal Circuit found no indication in the prosecution history that Kustom used “or” in a specialized way, particularly in a way that included “and.” Id. at 1331. All the embodiments disclosed in the specification described a search for either magnitude or frequency, but not both.

The Federal Circuit upheld the construction of “or” as designating alternatives.

A choice between one of two alternatives and possibly both

But the Federal Circuit has not always held that “or” could not include “both.” It depends on the context.

In Brown v. 3M, 265 F.3d 1349 (Fed. Cir. 2001), the construction of the term “or” in the claim was the difference between validity and invalidity. The patent at issue was directed to the Year 2000 (Y2K) problem. The claim phrase read: “at least one database file stored in the memory containing records with year-date data with years being represented by at least one of two-digit, three-digit, or four-digit year-date representations[.]”

If the court construed the word “or” as meaning that the claimed apparatus was capable of converting “only two-digit, only three-digit, only four-digit, or any combination of two-, three-, and four-digit date-data,” then the claim would be anticipated by a reference that disclosed a two-digit remediation system. Because the claim was written in the alternative, it would be literally infringed by a system that offsets year dates only in a two-digit format, even though the claimed system could also act on a combination of two-, three-, and four-digit data, which was not shown in the prior art.

On the other hand, if the court construed the word “or” as “and,” the claim would probably not be anticipated by the two-digit system disclosed in the reference.

Here, the Federal Circuit found the claim invalid as anticipated. The court upheld the district court’s construction that the word “or” means that the apparatus was capable of converting “only two-digit, only three-digit, only four-digit, or any combination of two-, three-, and four-digit date-data.” The court further found the term was not a technical term and should be construed to meet its plain meaning. Id. at 1352. Also, the court observed that there was no basis in the specification or prosecution for reading “or” as “and.” Id. Because the court found the claim at issue was written in the alternative, it was anticipated by the two-digit system reference. Id. at 1353.

The district court construed “or” to mean “and” because the preamble recites in part “a coordinate system of the digitizer which coordinate system has a point of origin and has an angle of rotation 1 with respect to the digitizer and has a scale.” The district court construed the claim to require that a device performing the claimed method must both (1) have a “point of origin,” an “angle of rotation,” and a “scale;” and (2) be capable of translating all three elements. Thus, the district court determined that the defendant’s products did not infringe as they did not have the ability to translate the angle of rotation. Id. at 1309. The patentee appealed.

The Federal Circuit found that the district court’s construction contradicted the plain meaning of the word “or.” Id. at 1311. The Federal Circuit first quoted Webster’s Third International Dictionary, which defined “or” as “used as a function word to indicate (1) an alternative between different or unlike things, states, or actions . . . (2) choice between alternative things, states, or courses.” Id. Then the court cited Brown v. 3M and Kustom Signals, holding that the word “or” has been consistently interpreted to mean that the items in the sequence are alternatives to each other.

Accordingly, the Federal Circuit found the district court erred in requiring the infringing products to be capable of translating all three elements (point of origin, angle of rotation, and scale), stating that the correct construction should only require the infringing products to have the ability to translate one of the three attributes. Id. at 1312 and 1314. The Federal Circuit vacated the holding of noninfringement and remanded the case. After reconsideration by the Federal Circuit was denied, the parties went back to the district court and eventually stipulated to dismissal.

Sometimes “and” means “or”

Although usually considered to be inclusive, the Federal Circuit has held that “and” could also mean “or” and therefore be construed as designating alternatives. Again, this depends on the context.

The defendant argued that the phrase above contains two independent claim limitations: (1) that ‘‘R2, R3, R4, and R5 are independently hydrogen or lower alkyl’’ and (2) that ‘‘R2 and R3 and/or R4 and R5 together may be a group of formula (II).’’ Under this construction, both of these limitations must be met in order for a compound to infringe. Id. at 1361.

The Federal Circuit rejected the defendant’s construction. The court found that the claim language depicted two subsets of compounds but did not require their simultaneous existence. Id. For example, in a first subset of compounds, the groups R2, R3, R4, and R5 are independently either hydrogen or lower alkyl. Id. In a second subset of compounds, R2 and R3 are together, and/or R4 and R5 are together, to form either one or two groups of formula (II). Id. at 1362. “Thus, as used in this claim, and conjoins mutually exclusive possibilities.” Id.

The court reasoned that the claim did not use “and” in isolation but in a larger context that clarified its meaning. It pointed out that when “and” appears in conjunction with the adverbs, such as “independently” and “together,” it signals that “and” links alternatives that occur under the different conditions of independence or togetherness. Id. Also, the court found that had it construed the claim to require a conjunctive meaning of “and,” that construction would have rendered several dependent claims meaningless. Id.  According to the Federal Circuit:

Giving and its most common dictionary meaning would produce in this case the nonsensical result of not covering topiramate and rendering several other dependent claims meaningless. In Chef America, the only possible interpretation of the claim led to a nonsensical result. This situation is distinguishable because claim 1 can and should be interpreted as the patentees intended, with the meaning of and connoting alternatives.

Therefore, the court concluded that the district court construed the word “and” correctly to mean “or” in the claim. Id.

A patent drafter should try to avoid getting into the muck by providing a clear definition in the specification. Any ambiguity will be an opportunity for opposing counsel or an examiner or a judge to construe the claim differently than intended. Practitioners should also try to keep an eye out during prosecution because a patent may be invalid due to arguments in the remarks. 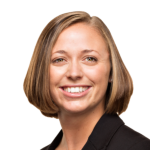 None of Us Saw Them Stop the PTA Giveaway

10-Year Anniversary of the AIA at the PTAB―Not Your Grandparents’ U.S. Patent Law

File It or Lose It

Teaching Away May Preclude Motivation to Modify a Reference