I. Exemplary intersections between patent law and 510(k) submission

Patent law requires that an invention to be patented must be novel and non-obvious. However, as discussed in the previous article, most medical devices are cleared through 510(k) by establishing similarity to a preexisting device on the market. This tension leads to at least two aspects of interplay between patent law and a medical device company’s 510(k) strategy. First, the 510(k) submission may potentially impact patentability as well as the validity of any resulting patents covering the 510(k) device to be marketed. For example, statements and data submitted to establish equivalence of safety and efficacy may indirectly implicate patentability or invalidity considerations under patent law. Second, descriptions and admissions made in the 510(k) submission may be used by a competitor to allege infringement of any patents that they may hold or to refute an infringement allegation by the 510(k) submitter. These two aspects are discussed in further detail below.

A. 510(k) submission of substantial equivalence information as prior art

A 510(k) summary becomes a public document either by FDA publication or accessible through the Freedom of Information Act (FOIA) The 510(k) summary or the public contents of the 510(k) submission, also available under FOIA, may be used as prior art to demonstrate a patent claim’s lack of novelty or obviousness. After all, by its nature, a 510(k) summary claims substantial equivalence to a legally marketed device, commonly known as a “predicate device.” The predicate device may become potential prior art if all or some elements of the claims of the patent exist in the predicate device. Furthermore, statements made in the 510(k) submission might inadvertently provide a motivation or some evidence of expectation of success for modifying the predicate device or some other preexisting technologies. Such statements may be used as support for an argument of obviousness.

Some case law shows that statements of substantial equivalence in terms of safety and efficacy or on unclaimed subject matter may not affect patentability. See, e.g., Arthrocare Corp. v. Smith & Nephew, Inc., 406 F.3d 1365 (Fed. Cir. 2005). (holding 510(k) submissions irrelevant because novelty is determined by comparing the limitations of the asserted claims, not of commercial embodiments as described in 510(k) submissions). However, the accompanying factual summary of technological characteristics in the 510(k) submission can hurt or help. On one hand, the factual summary of technological characteristics could be used as prior art if relevant aspects exist in the patent claim elements. On the other hand, if the factual summary of technological characteristics are different from some or all elements of a patent claim, they could help show distinction of the patent claim from the predicate device, which in turn might support an argument of patentability or validity of the patent claim.

The U.S. patent laws provide a one-year grace period for inventors to file a patent application after making a public disclosure implicating their invention. Thus, a medical device company may file a patent application concerning the subject matter disclosed in the 510(k) summary within one year from the date of publication of the 510(k) summary, assuming there is no other public disclosure or other events that triggers the start of the one-year grace period. However, the grace period does not exist in most jurisdictions outside the U.S., so the publication of the 510(k) summary before filing any patents may impact the medical device company’s foreign patent filing rights.

B. 510(k) submission of substantial equivalence information as admission of infringement

However, it is best to be mindful when making factual statements about “technological characteristics” in a 510(k) submission, which may still be used by a competitor to develop a patent infringement case. On the other hand, factual statements about “technological characteristics” made in a 510(k) submission may be used by an accused infringer to refute an infringement allegation. For example, the information provided in the 510(k) submission may mark the differences between the product seeking clearance and the predicate device with regards to certain claimed features of a patent claim covering the predicate device. Such differences may be used to show that not all elements of the claim exist in the product and thus the product does not infringe the claim.

A patent owner can sometimes rely on the doctrine of equivalents (DOE) to broaden the literal scope of a patent claim to cover a competitor’s device having an element that is not the same as an element of a claim, but is substantially equivalent to the element. In the context of DOE, “substantially equivalence” can be established when an element in the accused device performs “substantially the same function in substantially the same way to obtain the same result” as a claim element or have “insubstantial differences” from the claim element. Again, factual statements on “technological characteristics” made in a 510(k) submission may be used by an accused infringer to show no substantial equivalence within the meaning of DOE.

A 510(k) submission can also potentially implicate willful patent infringement. A patent owner’s establishment of willful infringement can lead to up to tripled damages and an award of attorney’s fees. Willful infringement is determined based on “the subjective willfulness of a patent infringer, intentional or knowing.” Halo Electronics, Inc. v. Pulse Electronics, Inc., 136 S. Ct. 1923, 1933 (2016). Therefore, a competitor owning a patent covering the predicate device may use statements made in the 510(k) submission as an admission to establish knowledge of the predicate device and any relevant patent.

A. Balance infringement and patentability considerations

For medical devices, patent law and FDA regulatory processes have considerable interplay. It can be helpful to keep these potential issues in mind when preparing the 510(k) submission. Information submitted to the FDA should be carefully prepared to avoid both creating prior art and infringement traps.

In addition, in the 510(k) submission, a medical device company may disclose only what is necessary to demonstrate safety and effectiveness to a predicate device. For example, wording of statements of substantial equivalence should be carefully used to limit their scope to safety and efficacy as required by the FDA.

B. Coordinate between FDA counsel and patent counsel

Medical device companies may educate FDA personnel and patent personnel on the objectives, strategies, and risks of patent protection and FDA clearance. Infusing knowledge of the interplay between the patent law and FDA regulatory process can facilitate understanding of the functions and interdependence of these two groups, and enhance coordination between the two groups. Finally, medical device companies may design and apply internal procedures to ensure sufficient interaction between FDA personnel and patent personnel and between FDA counsel and patent counsel. This may help the FDA counsel and patent counsel coordinate timing of filings to the FDA and patent office and coordinate the content of the submissions to FDA and patent office to avoid conflicting statements and unnecessary disclosure, and/or to create defensive positions in anticipation of potential litigation. Furthermore, involving counsel also avails communications to attorney-client privilege, when legal advice is sought and given during the communications.

The FDA regulatory system and the intricacies of patent law are both extremely important to medical device companies, and the interplay between the two is no less important. While medical device companies typically employ or consult with FDA counsel and patent counsel separately, it is important for the company to ensure these two groups of counsel are aware of the strategies and submissions of the other group and coordinate the timing and content of disclosures. In this way, medical companies may avoid patent risks and increase opportunities in this competitive industry. 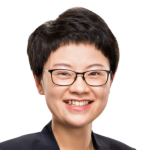