Who would win in a fight:  a monster or a dinosaur?  According to the Trademark Trial and Appeal Board (“TTAB”), neither.  In a recent clash between, on the one hand, energy drink juggernaut Monster Energy Company (“Monster”) and, on the other hand, Maple Leaf Sports & Entertainment (“Maple Leaf”)—the proprietor of the Toronto Raptors NBA team—and NBA Properties, Inc. (“NBA”) (collectively, “Applicants”), the TTAB dismissed both Monster’s likelihood of confusion and dilution claims and Maple Leaf’s counterclaims to cancel Monster’s asserted registrations based on likelihood of confusion solely because the marks at issue were too dissimilar to support any of the asserted claims.

Monster has promoted and sold energy drinks, apparel, and other products bearing the

mark (the “M-Claw Mark”) since 2002.  In addition to use since 2002, Monster owns several registrations for the marks

for various goods and services (“Monster’s Asserted Marks”).  For their part, Maple Leaf applied to register the marks

for various goods and services (the “Maple Leaf Marks”), and NBA sought to register the marks

also for various goods and services (the “NBA Marks”) (collectively, “Applicants’ Marks”).  Maple Leaf began using the Maple Leaf Marks as early as December 2014, and the NBA began using the NBA Marks as early as February 2016.  Given its priority of use, Monster initiated opposition proceedings against each of Applicants’ Marks, claiming they were likely to cause confusion with and dilute Monster’s Asserted Marks.

Maple Leaf, however, clawed back, claiming that it had priority over Monster by virtue of its registrations for the mark

The TTAB addressed each of the parties claims in turn, finding that no party met its burden to succeed on any of the asserted claims for a single reason:  the marks were too dissimilar.

While the TTAB’s likelihood of confusion analysis typically analyzes the thirteen DuPont likelihood-of-confusion factors, here the TTAB analyzed only the similarity of the parties’ marks.  Relying on a string of Federal Circuit cases dating back to the 1991 decision in Kellogg Co. v. Pack’em Enters., Inc., 951 F. 2d 330, 21 USPQ 1142 (Fed. Cir. 1991), the TTAB found that “in some cases the differences between the involved and pleaded marks alone may be so significant as to preclude likelihood of confusion as a matter of law.”  That was the case here.

Before the TTAB addressed the dispositive similarity issue, it first addressed the strength (i.e., conceptual and commercial strength) of the M-Claw Mark to determine the scope of protection afforded to Monster’s mark.  Because Monster owns several registrations for its M-Claw Mark, it was presumed inherently distinctive, which Applicants did not challenge.  Applicants did contend that the M-Claw Mark was conceptually weak based on seven trademark registrations for the following “claw” marks covering various goods and services:

But Applicants failed to present evidence that any of these marks had been exposed to consumers such that they affected the strength of the M-Claw Mark (i.e., that they were used in commerce), and registrations alone “are not evidence of third-party use in the likelihood of confusion context.”  As a result, these third-party marks did not diminish the conceptual strength of the M-Claw Mark.  Moreover, one of the asserted third-party marks was cancelled and another covered services “far removed from the goods and services at issue,” making those marks irrelevant.  As for the remaining marks, the TTAB also found them irrelevant because they differed in commercial impression from the M-Claw Mark in important respects, namely, that the third-party marks either had lines that were diagonal (instead of straight down), curved (instead of straight), not parallel to each other, and/or contained additional matter.  Finally, even considering these third-party marks, seven third-party uses did not constitute the “extensive” evidence of third-party use necessary to diminish strength.

With the M-Claw Mark deemed conceptually strong, the TTAB turned to commercial strength.  Monster presented evidence of over $40 billion in sales of M-Claw-branded energy drinks since 2002, a “significant” market share of the U.S. energy drink market, $6.2 billion spent on advertising the M-Claw Mark, a substantial following on social media (including 20 million “likes” on Facebook, 3 million Twitter followers, 5 Million Instagram followers, and 2 million YouTube subscribers), and an impressive array of prominent athlete and athletic event sponsorships.  In addition, Monster offered a secondary meaning survey indicating that 67.2% of respondents associated Monster’s M-Claw Mark with energy drinks emanating from Monster.  This evidence, said the TTAB, “clearly” demonstrated that the M-Claw Mark was strong and even famous for purposes of likelihood of confusion.  Even so, despite the plethora of evidence provided by Monster, the TTAB found that the M-Claw Mark’s strength and fame was limited only to energy drinks and “d[id] not extend to other products or services” because all of the evidence related only to energy drinks.

Having found the M-Claw Mark strong and famous for energy drinks, the TTAB shifted gears to the similarity, or in this case, dissimilarity, of the marks.  Because all the marks at issue were design marks, the TTAB’s analysis turned “primarily on the basis of the visual similarity of the marks.”  While the TTAB compared the marks as they appeared in the marketplace (as opposed to side-by-side), a side-by-side comparison of the asserted and accused marks is shown below:

As between the M-Claw Mark and the Maple Leaf Marks, the TTAB found that the vertical, jagged, parallel lines in the form of an “M” (the M-Claw Mark) had a completely different appearance, meaning, and commercial impression from the left-to-right claw marks superimposed as seams on the left side of a basketball.  In the words of the TTAB, “Monster’s mark is purely a claw.  Maple Leaf’s marks are essentially basketballs with much less prominent and significant claw elements.”  The analysis was the same as between the M-Claw Mark and the NBA Marks, except that the TTAB noted the claw was superimposed in a star, not a basketball.  Despite the strength of Monster’s M-Claw Mark, these differences were so severe that they alone precluded a finding of likelihood of confusion.

Turning next to a comparison of the marks, the TTAB again found “evident dissimilarities” between the Old Maple Leaf Mark and the M-Claw Mark.  A side-by-side comparison of those marks is included below for reference:

The TTAB found the differences between these marks legion, including that the Old Maple Leaf Mark contains talons emanating from a basketball pointing upwards and the M-Claw presents the after-effect of a creature’s scratching or tearing downward.  In addition to these facial differences, the TTAB also cited testimony from one of the NBA’s own employees detailing the differences between these two marks.  Like with Monster’s likelihood of confusion claims, these differences were sufficient to preclude a likelihood of confusion.

Finally, Monster’s dilution claim also failed.  For a dilution claim to succeed, the party asserting it must not only show sufficient similarity between the marks but also that the mark is sufficiently famous for dilution purposes.  The test for fame under dilution “requires a more stringent showing” than fame for likelihood of confusion, and “niche fame” (i.e., fame in a single industry) is not enough.  Not only did the TTAB find the M-Claw Mark and Applicants’ Marks dissimilar for dilution for the same reasons they were dissimilar for likelihood of confusion, but the TTAB also found that the M-Claw mark was not sufficiently famous for dilution.  Despite the substantial evidence of sales and advertising related to the M-Claw Mark, a survey showing 62% recognition, and a finding that the M-Claw Mark was famous for purposes of likelihood of confusion, almost all of Monster’s evidence was limited to fame in the energy drink industry, not fame as to the general public.  As for the survey, the TTAB afforded it little probative value because it only tested for secondary meaning, not fame for purposes of dilution.  For these reasons, Monster’s dilution claim was also dismissed.

At bottom, this case teaches an important lesson:  no matter how strong a case may be on the other factors of likelihood of confusion, if the marks are not similar, the case may be lost from the start and it may be time to put the claws away.

[i]Maple Leaf also asserted counterclaims of false suggestion of connection and dilution, but both claims were waived because Maple Leaf did not pursue those claims.  Monster’s affirmative defenses of laches, estoppel, acquiescence, and waiver were similarly waived because Monster did not pursue them.  Maple Leaf’s asserted Morehouse defense to Monster’s affirmative claims was dismissed on summary judgment and was not considered at trial. 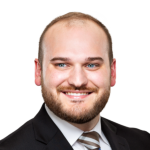 Iced Out: Use of Ice Cube’s Image and Catchphrase Was Not Endorsement

Updates on and Strategic Considerations in Global SEP Litigations and Trend, Laws, and Licensing of 5G SEP

Role of IP in VC Funding for Startups