In In re: MaxPower Semiconductor, Inc., No. 2021-146 (Fed. Cir. Sept. 8, 2021), the Federal Circuit denied MaxPower’s petition for mandamus seeking review of four PTAB decisions to institute IPR proceedings despite an agreement to first arbitrate patent validity.

MaxPower petitioned for mandamus review of the PTAB’s decisions to institute four IPR proceedings, arguing its agreement to arbitrate patent validity foreclosed PTAB review. A panel majority denied MaxPower’s petition. It first reasoned MaxPower had not established jurisdiction under the collateral order doctrine: “If MaxPower is truly not raising matters that are absolutely barred from appellate review under [35 U.S.C. §] 314(d) . . . , then MaxPower can meaningfully raise its arbitration-related challenged after the [PTAB]’s final written decisions.” The majority then rejected MaxPower’s argument that its appeals were authorized under 9 U.S.C. § 16(a)(1), which provides for appeals from certain arbitration-related orders. The Court found the PTAB’s decisions did not fall within any of the express statutory categories. Finally, the majority found MaxPower failed to show its mandamus petition was more than a means to avoid the statutory prohibition on appellate review of agency institution decisions. It noted MaxPower failed to show the PTAB clearly exceeded its authority because (i) the PTAB is not bound by a private contract between parties; and (ii) MaxPower failed to show how 35 U.S.C. § 294 deprives the PTAB of the authority to institute a review “when the statute does not by its terms task the agency with enforcing private arbitration agreements.”

Judge O’Malley dissented-in-part, finding the majority’s denial of a writ of mandamus in this case allows the PTAB to “add a new caveat to Congress’s clear instruction that agreements to arbitrate patent validity shall be ‘valid, irrevocable, and enforceable’—i.e., except during inter partes review.” In her view, 35 U.S.C. § 294 prevents PTAB review, at least until an arbitrator has determined the issue is not one for arbitration. And MaxPower has no other adequate method of obtaining relief because interlocutory appeals from institution decisions are barred under 35 U.S.C. § 314, and mandamus relief is “the only way to prevent the reviews from proceeding.” 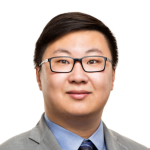 Patent Owner Loses Everything at PTAB

Considerations for Innovators When Navigating Patent Eligibility on the International Stage

Non-obviousness and Inventive Step in Software, Electronics, and Mechanical Cases: Strategies and Practical Examples for Advancing Prosecution at the USPTO and the EPO