When the settlement did not go as planned, Coin-Tainer sued the joint venture, PRP, and the sole shareholder of PRP for infringing Coin-Tainer’s trademark and other intellectual property.

A central issue was whether Coin-Tainer had any ownership interest in the marks asserted against PRP and the joint venture. To answer that question the court turned to the agreements between the parties forming the joint venture and settling the earlier dispute to determine the intent of the parties.

Despite the terms of these agreements, Coin-Tainer argued it owned the Coin-Tainer trademark and various intellectual property and sought summary judgment on ownership and alleged wrongful use of the mark by PRP and the joint venture.

Here, the language of the Coin-Tainer license in the settlement agreement only named “Coin-Tainer” and “The Coin-Tainer Company,” but was silent to any express transfer of any interest in any trademark or other intellectual property beyond these trade names.

The court explained that related documents must be read together, and that the settlement agreement was related to the agreements for the joint venture’s formation because it served to modify or amend some terms of the operating agreement. The parties’ history with contract making suggested that great care was taken to properly identify and define the property that was being contributed by each party for the creation and initial operation of the joint venture. The court explained that the language of the settlement agreement was clear on its face, even if it lacked specificity regarding Coin-Tainer’s rights in any property interest other than in the Coin-Tainer trade names. If the parties intended to reconvey the other properties such as the “brand” or “trademarks,” they were free to express this intention in the settlement agreement just as they had in the agreements that formed the joint venture. Because the Coin-Tainer license merely conveyed to Coin‑Tainer of “all variations of the [Coin-Tainer] trade names,” the language excluded all other conveyances of other property. The court could not find any reasonable reading of the four corners of the settlement agreement that would indicate any intent of transfer of the trademarks as well.

Coin-Tainer also pointed to the trademark registration over a decade earlier to argue that it owned the mark. In response, the court explained that registration creates a rebuttable presumption as to use of the mark and is consistent with the notion that a trademark is a form or property. Here, the trademark, as well as trade dress, good will, and other intellectual property, were transferred to the joint venture by virtue of the documents that formed the joint venture. And other than the transfer of the Coin-Tainer name back to Coin-Tainer as part of the settlement agreement, there was no evidence that any trademarks, trade dress, good will, or other intellectual property were subsequently transferred back to Coin-Tainer.

The Coin-Tainer decision can be found here. 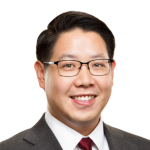 Whiskey’s Good Proofing Water, But It Doesn’t Tell You Who the Real Peaky Blinders Are

Patent Marking of Manufactured Goods: When, Where, and How to Mark