Uniloc’s patent, U.S. Patent No. 8,539,552, is directed to systems and methods for policing Voice over Internet Protocol (VoIP) features, such as caller-ID, call waiting, and multi-line services.  Apple petitioned for Inter Partes Review of the ’552 patent in 2018, arguing that a previously issued patent, U.S. Patent No. 6,324,279, rendered all claims of Uniloc’s patent obvious.  The PTAB held that claims 1-17 and 23-25 were invalid as obvious.

On appeal, Uniloc argued that the PTAB’s decision rested on an incorrect construction of the term “intercepting.”  The Federal Circuit rejected Uniloc’s argument that the construction was erroneous because it would encompass a situation where messages are sent intentionally to an intermediary recipient.  The Court found that the PTAB’s construction was supported by the intrinsic evidence, including the specification and prosecution history, and that this evidence outweighed Uniloc’s reliance on dictionary definitions.  The Court also affirmed the PTAB’s holding that Apple failed to establish that claims 18-22 of the ’552 were invalid. 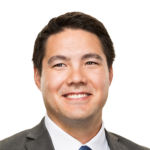