In Bot M8 LLC v. Sony Corporation of America, et al., No. 2020-2218 (Fed. Cir. July 13, 2021), the Federal Circuit affirmed the district court’s dismissal of Bot M8’s claims as to the ’540 and ’990 patents for failure to state a plausible claim of infringement. The Court also agreed with the district court that claim 1 of the ’363 patent was invalid under 35 U.S.C. § 101. With respect to the remaining ’988 and ’670 patents, however, the Court reversed and remanded the district court’s decision finding that Bot M8’s infringement allegations were insufficient.

Bot M8 filed suit against Sony and others in the Southern District of New York, asserting six patents relating to gaming machines and casino, arcade, and video games. That case was transferred to the Northern District of California, where the court “directed” Bot M8 to file an amended complaint specifying “every element of every claim that you say is infringed and/or explain why it can’t be done,” and to purchase and reverse engineer the accused products, if possible. Bot M8 accordingly filed a 223-page first amended complaint, which Sony moved to dismiss.

The district court granted Sony’s motion to dismiss as to four of the asserted patents and denied Bot M8’s motion for leave to file a second amended complaint. It reasoned that Bot M8’s allegations “too closely track[] the claim language to be entitled to the presumption of truth” and “[n]o underlying allegations of fact are offered.” The district court also granted Sony’s summary judgment motion that claim 1 of a fifth patent was invalid under § 101. The parties then entered into joint stipulations dismissing the remaining claims without prejudice, while Bot M8 reserved the right to appeal from the district court’s decisions.

On appeal, the Federal Circuit clarified the pleading requirements for patent infringement cases. It reiterated that “[t]hreadbare recitals of the elements of a cause of action, supported by mere conclusory statements, do not suffice.” But it disagreed with the district court’s instruction that a complaint must “explain . . . every element of every claim that you say is infringed and/or explain why it can’t be done.” The Court explained that a plaintiff need not “prove its case at the pleadings stage” and is not required to plead infringement on an element-by-element basis. It held that, while a formulaic recitation of the elements would not be acceptable, to the extent the district court adopted a blanket element-by-element pleading standard for patent infringement, that approach is unsupported and goes beyond what the Supreme Court articulated in Iqbal and Twombly. The Court explained that it is enough “that a complaint place the alleged infringer on notice of what activity . . . is being accused of infringement.” Finally, the Court outlined several factors that would influence the level of detail required for a complaint in a given case, such as (1) the complexity of the technology, (2) the materiality of an element to practicing the asserted claim(s), and (3) the nature of the allegedly infringing device. Applying this clarified standard, the Court found Bot M8’s allegations regarding the ’988 and ’670 patents sufficient to survive a motion to dismiss. 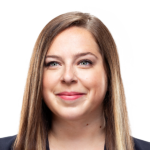