The Director of the USPTO initiated a sua sponte Director review in NXP USA, Inc. v. Impinj, Inc., IPR 2021-01556, Paper 13 (Sept. 7, 2022). The review was limited to the question of whether “the Board may reconsider a decision to deny institution based on a stipulation filed after the institution decision is made.” Id. at 3.

As an initial matter, the Board denied petititoner’s request for rehearing of the decision denying institution, in view of Apple Inc. v. Fintiv, Inc., IPR2020-00019, Paper 11 (PTAB Mar. 20, 2020) (precedential). After institution was denied, petitioner had submitted a stipulation “agreeing that, should trial be instituted in this case, Petitioner will not pursue any grounds based on the [prior art] references relied on in this IPR matter.” NXP, Paper 13 at 2-3. In its rehearing decision, the Board considered petitioner’s stipulation and its related effect on the Fintiv factor 4 analysis. The Board found that petitioner could have offered the stipulation prior to the decision denying institution, but instead waited and offered no explanation or justification for offering the stipulation “so late in [the] proceeding.” Id. at 3.

The Director agreed with the Board’s conclusion and noted that a stipulation first offered after a decision denying institution is not a proper bases for granting rehearing. The Director pointed to the Office’s June 21, 2022 Memorandum to illustrate the policy concerning potentially conflicting decisions and duplicative efforts. Finding that the only appropriate time to offer a stipulation related to Fintiv factor 4 is prior to an institution decision, the Director explained that allowing a stipulation to be offered for the first time on rehearing would frustrate the goal of mitigating conflicting decisions and duplicative efforts and creates the opportunity for gamesmanship. 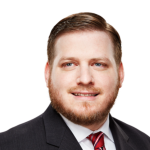 Patent Infringement: When Is a Product Sold “Within the United States”?