The jury, however, found that L’Oréal did not prove invalidity of the claims 14-16 and awarded damages against L’Oréal for its willful trade secret misappropriation, willful patent infringement, and breach of contract.[3] L’Oréal then renewed its motion for judgement as a matter of law (“JMOL”) and also moved for a new trial. The district court denied such motions.

On appeal, L’Oréal argued that it should have been granted JMOL that claims 14-16 of the ’954 patent are invalid because the written description did not support the entire scope of the claimed ranges. Furthermore, L’Oréal argued that the district court erred in instructing the jury on obviousness in a way inconsistent with KSR International Co. v. Teleflex Inc., 550 U.S. 398 (2007). The jury was instructed that “’[f]or you to find an asserted claim obvious, you must find that there was some teaching, suggestion or incentive to combine the items in the prior art into the particular claimed combination,’ and the ‘suggestion to combine must be clear and particular.’”  L’Oréal Opening Brief, p. 43-44 (emphasis in Brief). According to L’Oréal, “KSR rejected the mandatory ‘Teaching-Suggestion-Motivation’ (TSM) test, … and the relevance of the inventor’s motivation or purpose, for ‘[w]hat matters is the objective reach of the claim[.]’” Id. at 44.

The Federal Circuit began by deciding that 35 U.S.C. § 325(e) applies to estop L’Oréal’s challenge to the written description and obviousness verdicts because those arguments could have reasonably been raised by L’Oréal during the post-grant review (“PGR”) of the ‘954 patent. The Federal Circuit held that estoppel applied even though “Olaplex raised it here later than it should have.” Olaplex, --F. App’x.__ at *23. This exercise of discretion was permissible because, “[t]he point in time at which the issue generally must be raised is not apparent on the face of the statute and has not been decided by this court.” Id. at *24. Moreover, “the estoppel issue before us requires no additional factfinding. … [a]nd L’Oréal has not demonstrated any sandbagging by Olaplex or any concrete prejudice from any delay in Olaplex’s raising the issue.” Id. at *25.

Estoppel applied because, in contrast to an inter partes reviews (“IPR”), lack of written description is an authorized ground for challenge in a PGR. “[N]othing prevented L’Oréal from raising the written-description challenge.” Id. at *26.[4]

This possibility, the only basis of L’Oréal’s argument against estoppel on the obviousness challenge, would not justify an exception to the provision without severely weakening the evident function of the provision by generally allowing challengers, having lost on certain prior-art combinations before the Board, to press others in court. L’Oréal, which has not identified any basis for its challenge here that was unavailable at the time of its Board petition, could have reasonably raised in the post-grant review the prior-art combination it raised here.

In a separate decision, Olaplex, Inc. v. L’Oreal USA, Inc., 845 Fed. Appx. 943 (Fed. Cir. Mar. 4, 2021) (non-precedential), the Federal Circuit vacated the district court’s grant of summary judgment of infringement and permanent injunction. The Federal Circuit held that that decision of March 4 required vacating the infringement and damages verdict in this May 6 case and a remand to the trial court.[5]

It has always been expected that because the grounds for PGR are broader than those authorized for IPRs, which are limited to 35 U.S.C. §§ 102 and 103, the estoppel impact from a PGR would be broader as well. This case provides an example of that broader impact. Although it is not certain a court will always allow raising the estoppel bar so late in a proceeding, practitioners should be reminded that judicial and administrative proceedings do not occur in silos, but rather occurrences in either may impact the other. For more on the estoppel provisions relating to IPRs and PGRs, see https://www.finnegan.com/en/insights/blogs/at-the-ptab-blog/where-are-we-now-are-you-estopped-or-not.html

[1]The Federal Circuit also reversed the judgment of liability for trade secret misappropriation and breach of contract.

[2]For a previous blog post on the unpatentability of '954 patent claims, see https://www.finnegan.com/en/insights/blogs/at-the-ptab-blog/is-it-hindsight-or-was-it-already-there.html .

[5]On May 19, 2021, L’Oréal and Olaplex reached a settlement after the Federal Circuit ruling. Although the Federal Circuit ordered a new trial on patent infringement, the two companies stated that they stipulate to the dismissal of the action with prejudice. See https://www.law360.com/ip/articles/1386567/l-oreal-olaplex-settle-after-fed-circ-nixes-66m-ip-verdict?nl_pk=363e6acc-3e7c-461f-ae85-22286bf9c1da&utm_source=newsletter&utm_medium=email&utm_campaign=ip. 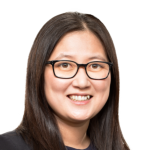 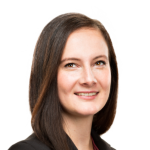 Supremely Confusing on That Complex Word “A”; Is It Only One or Is It One or More?