This is part of a series of articles discussing recent orders of interest issued in patent cases by the United States District Court for the District of Massachusetts.

In JT IP Holding, LLC v. Florence, No. 1:20-cv-10433, Judge Talwani granted Florence’s motion for summary judgment on the claim that Florence’s former business partner, Jeffrey Eldredge, was a co-inventor of the patent at issue. The Court denied Florence’s motion to the extent it sought remand the remaining state law claims.

The patent at issue claimed a “drywell apparatus for collecting and diverting runoff surface water or waste water, . . . comprising . . . a plurality of interior diverters attached to the sidewall interior . . . .” Eldredge asserted that he conceived of locating the diverter on the interior walls of the diverter and thus should be listed as an inventor.

The Court observed that a correction of inventorship claim requires evidentiary support, and Eldredge could not offer “an exact date” or “location” of his “Eureka moment.” While Eldredge attempted to rely on testimony of himself, his wife, and a friend, the Court found that “the witnesses’ testimony did little more than recite Eldredge’s own conclusory statements . . ., offering almost no additional explanation or factual support to corroborate his inventorship claim,” which the Court discounted due to the temptation to reconstruct the past so as to further the inventorship claim at bar.

The Court explained that while the testimony was enough to show Eldredge frequently collaborated with Florence on the design and the diverter location, it failed to prove Eldredge conceived of the internal diverters and thus did not raise a genuine dispute of material fact. The Court thus granted Florence’s motion for summary judgment.

As only state law claims remained, Florence’s motion also sought remand to state court. The Court denied this request because “the case was filed in federal court in the first instance and accordingly, [thus] remand is not possible.”

In Realtime Data LLC v. Carbonite, Inc., No. 1:17-cv-12499, Judge Talwani entered judgment in favor of Carbonite. The Court had previously found Realtime’s claims regarding one asserted patent moot in view of a Final Written Decision from the PTAB invalidating those claims and the parties’ joint motion to dismiss in a previously consolidated case. The Court also found that collateral estoppel based on District of Delaware’s finding of invalidity under 35 U.S.C. § 101 controlled as to the remaining patents.

With no surviving patent claims, the Court granted judgment in favor of Carbonite on all counts in the Complaint. 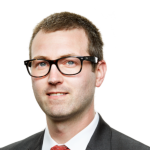 UPC: What Do Licensees and Licensors Need to Consider?