Under some circumstances, responses to these requests may create a statutory bar to patent protection under the public use provisions outlined in 35 U.S.C. § 102. So, companies must be wary to preserve patentability in response to requests for supervisory information. This article explores how companies can avoid loss of patent rights in response to government requests for confidential information.

Public use: an absolute bar to patentability

The Federal Reserve Board (commonly known as the Fed) serves as the central banking agency of the United States. The Fed supervises certain financial institutions for safe operation and compliance with rules and regulations. As part of this supervisory authority, the Fed has broad discretion to scrutinize banking organizations to ensure regulatory compliance.

In response to the Fed's requests for information, banking organizations typically disclose "confidential supervisory information" (CSI) to regulators, defined as nonpublic information exempt from disclosure under the Freedom of Information Act. Examples of CSI are reports of examination, inspection and visitation; confidential operating and condition reports; and supervisory correspondence and communications. FOIA permits a member of the public to obtain confidential records, but only after the exempt portions of the record are deleted.

As explored below, however, a confidential disclosure can still make an invention "available to the public" and bar patentability.

Outside of the banking industry, pharmaceutical companies similarly must disclose requested information to the Food and Drug Administration. The FDA's key responsibilities include controlling and supervising prescription and over-the-counter drugs. The regulation under 21 C.F.R. § 20.88 permits the FDA to share certain non-public information (NPI) with state and local government officials who have counterpart functions to the FDA.

These agreements, dubbed "20.88 agreements," typically involve three main types of information — confidential commercial information (CCI), personal privacy information (PPI), and pre-decisional information (PDI). CCI may include customer lists, suppliers, contractual relationships, and future business plans, and may even include invention information. And government agencies may disclose CCI without the owner's authorization, but it must be in the public health interest to do so.

Like CSI, the government cannot release confidential commercial information to the public through a FOIA request. And pre-decisional deliberations involving pharmaceutical companies and enforcement actions are not subject to FOIA requests.

A disclosure that does not render information available to the public generally does not bar patentability under 35 U.S.C. § 102. In the 2019 Supreme Court case, Helsinn v. Teva, a unanimous Court held that the sale of an invention to a third party who is contractually obligated to keep the invention confidential may place the invention "in use or on sale." The Court concluded that the details of the invention need not be publicly disclosed in the terms of sale to fall within the AIA's on-sale bar — public knowledge of the sale is enough.

Other courts have since had the opportunity to interpret and apply Helsinn. For example, in 2019, in Quest Integrity v. Cokebusters, the U.S. Court of Appeals for the Federal Circuit held that for prior public use to invalidate a patent, the challenger must show that the purported use was (1) accessible to the public; or (2) commercially exploited in a way that indicates public use.

Quest, a furnace tube inspection service provider, sued Cokebusters, a competitor, for patent infringement. Cokebusters argued that Quest's sale of services invalidated its patents. The court agreed with Cokebusters, holding that certain claims of Quest's patent were invalid under the on-sale bar.

Meanwhile, district courts have distinguished the "on sale bar" described in Helsinn from other disclosures. Key to the post-Helsinn analysis is "commercial exploitation" — i.e., whether the patent holder sought to monetize the disclosure, as explained in the 2022 Southern District of Mississippi case, BNJ Leasing v. Portabull Fuel Services.

In BNJ Leasing, the owner of a patent directed to a mobile vessel for refueling engines at remote refueling sites, sued competitor Portabull, for patent infringement. Portabull countered, arguing that BNJ's sale of a tank 18 months before obtaining the subject patent barred patentability. The court held that an agreement of confidentiality, or circumstances creating a similar expectation of secrecy, may negate a public use where commercial exploitation does not exist, as in a sale.

The court further determined that, unlike in Helsinn, where the public knew about the sale, the public did not know about BNJ's tank sale. Accordingly, the court granted BNJ's motion for summary judgment that the offer for sale was not prior art, so could not bar patentability.

Another 2022 case, Crown Packaging v. Belvac, provides a framework for evaluating public use, which the district court for the Western District of Virginia based on: (1) the nature of the public activity, if any; (2) the public access to and knowledge of the use; and (3) whether there was any confidentiality obligation imposed on persons who observed the use. The court also considered whether certain elements (e.g., elements in a claimed process) were already in the public domain at the time of the alleged public use. Finally, the court noted that even limited disclosure to those who know, understand, and can easily demonstrate the invention to others may mean there was no reasonable expectation of secrecy, thereby creating a public use bar to patentability.

The expectation of secrecy is instructive when considering public use. Under the Crown Packaging framework, a confidential disclosure to the Fed (under 12 C.F.R. § 261.2) or the FDA (under 21 C.F.R. § 20.88) is unlikely to make the invention available to the public.

Did my regulatory disclosure create a patentability bar?

While no case strictly mentions confidential disclosures to regulatory entities such as the Fed or the FDA, Helsinn, Quest Integrity, BNJ Leasing, and Crown Packaging are helpful when read in the context of both 12 C.F.R. § 261.2 and 21 C.F.R. § 20.88. While the disclosure CCI may seem that it creates a bar to patentability based on its commercial nature, this information may not create a bar under Crown Packaging without sales or commercial exploitation because the FDA has a duty of confidentiality as a government regulator.

Under this governing law, confidential disclosures not made for commercial exploitation, even to a public entity, likely do not trigger the public use bar under 35 U.S.C. § 102. Companies should ensure that activities that may be considered commercial are kept confidential, monitor whether the public has any knowledge of the activity, confirm the regulatory agency's confidentiality obligation, and check whether any of those activities fall under a FOIA request exemption. With these steps, companies likely can prevent confidential government disclosures from barring patent protection. 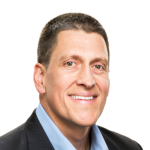 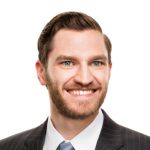 Originally printed in WestLaw Today  on December 5, 2022. This article is for informational purposes, is not intended to constitute legal advice, and may be considered advertising under applicable state laws. This article is only the opinion of the authors and is not attributable to Finnegan, Henderson, Farabow, Garrett & Dunner, LLP, or the firm’s clients.