An Italian executive received bonuses rewarding his long- and short-term performance under two separate agreements that required him to repay the bonuses if he joined a competitor. When he did leave for a competitor, he refused his former company’s demands for repayment. The company then filed a lawsuit in Delaware for breach of contract and trade secret misappropriation. The executive asked the court to dismiss the lawsuit, arguing that it was unfair to force him to defend himself in Delaware and the case should instead proceed in Italy under Italian law. The court, however, found that the long-term bonus agreement chose Delaware law as the governing law and selected Delaware as the forum to litigate disputes. The short‑term bonus agreement had different choice of law provision and the company had not demonstrated that it or the trade secret misappropriation counts arose out of the long-term bonus agreement. The executive therefore had not agreed to Delaware law or the Delaware forum for those counts and so the court dismissed those counts from the lawsuit.

Davide Cabri is an Italian citizen living in Italy. Hired by an Italian subsidiary of Whirlpool in 1989, he rose through the ranks, eventually becoming an executive in charge of strategy for two subdivisions. As an executive, Cabri received bonuses under two separate agreements: the 2018 Omnibus Plan (for long-term performance) and 2014 Performance Excellence Plan (for hitting targets for a single fiscal year).

Each agreement required Cabri to repay those bonuses if he joined a competitor within two years of termination. Both agreements included a “choice of law” clause that specified which state’s law governed each agreement. The 2018 Omnibus Plan also contained a “forum selection” clause that stated where any disputes would be litigated. The 2018 Omnibus Plan chose Delaware as both the governing law and the forum to litigate disputes. The 2014 Performance Excellence Plan chose Michigan as the governing law but did not contain a forum selection clause.

In 2021, Cabri left Whirlpool to work for an Italian subsidiary of their direct competitor, Haier. When Cabri refused to repay his bonuses to Whirlpool, it sued him in Delaware on four counts: (1) breach of contract for the 2018 Omnibus Plan, (2) breach of contract for the 2014 Performance Excellence Plan, (3) misappropriation of trade secrets under U.S. federal law, and (4) misappropriation of trade secrets under Delaware state law. Cabri asked the court to dismiss the lawsuit, arguing that this was a dispute between an Italian company and an Italian citizen. He asserted that Delaware law should not govern the agreements, Delaware courts did not have jurisdiction over him, and Delaware was an unfair and inconvenient forum to force him to litigate his case. This order followed.

Focusing on the different choice of law and forum selection clauses in the 2018 Omnibus Plan compared to the 2014 Performance Excellence Plan, the court held that Cabri could be sued in Delaware for the first count (breach of the 2018 Omnibus Plan) but not any other count.

The court’s reasoning on the first count was straightforward: the parties had chosen Delaware law and the Delaware forum and it would hold them to that choice. It explained that Delaware courts generally defer to a choice of law clause unless (1) the chosen state has an insufficient relationship to the parties or transaction or (2) applying the chosen state’s law would contradict a fundamental policy of another state with a materially greater interest in the transaction. Cabri argued the second exception, asserting that Italy had a materially greater interest in overseeing employment relationships between Italian citizens. The court rejected this argument because Whirlpool was a citizen of Delaware, not Italy, and Delaware had the greater interest in ensuring the enforcement of agreements made under its law.

Personal jurisdiction, however, can be waived. The court determined that Cabri had waived his right to challenge Delaware’s jurisdiction over him by agreeing to the forum selection clause in the 2018 Omnibus Plan. The court also rejected Cabri’s argument that it would be unfair to force him to litigate the case in Delaware since he resided in Italy. Again, the parties had agreed to Delaware as the forum, and the court would hold them to that agreement.

For the remaining counts, the court agreed with Cabri. He had not consented to Delaware’s jurisdiction on those counts, and without his consent, he had not had enough contact with the state of Delaware to be subject to a lawsuit there. Whirlpool tried to argue that the forum selection provision of 2018 Omnibus Plan governed the 2014 Performance Excellence Plan, but the court found that that the two agreements were entirely separate. It explained that neither agreement referred to the other and noted that the agreements had chosen different states for their governing law. Whirlpool similarly failed to demonstrate a connection between the trade secret misappropriation claims and the 2018 Omnibus Plan. Because Cabri had not otherwise consented to Delaware’s jurisdiction, he could not be sued in Delaware on those claims.

As seen in this case, the choice of law and forum selection provisions can be critical to where litigation may be brought. In one employee agreement, Whirlpool could litigate in its preferred Delaware venue under Delaware law and in the other employment agreement, it was possibly subjected to litigate in a much less desirable venue overseas.

The Whirlpool order can be found here. 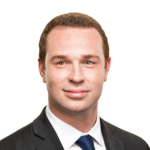