On September 4th, 2020, China’s State Administration for Market Regulation[1](the “SAMR”) released Draft Provisions on the Protection of Trade Secrets (the “Draft”) for public comments.  The Draft, together with the 2019 Amendments to China’s Anti-Unfair Competition Law of the People’s Republic of China[2], sends a strong signal that China is stepping up its efforts to protect trade secrets. 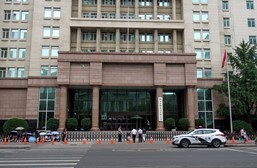 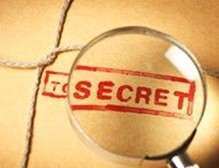 Prior to the 2019 amendments, plaintiffs in Chinese trade secret cases had the burden of proving that the defendants misappropriated the plaintiffs’ trade secrets.  Trade secret owners found that carrying the burden of proof in Chinese litigation to be totally impractical because the judges often rendered inconsistent decisions on what constituted trade secrets.  The inconsistency confused and deterred many potential plaintiffs, because a court might require them to disclose the elements of the asserted trade secret in a court proceeding, which was more damaging than letting the defendant’s infringement continue.  Furthermore, unlike the discovery process in the U.S., the Chinese civil procedural rules generally do not provide the plaintiffs with liberal discovery options such as discovery requests, depositions, expert opinions, or sanctions on the defendants who do not fulfill their discovery obligations. Thus, it was very difficult for trade secret owners to win a trade secret misappropriation claim prior to 2019.  Between 2012 and 2019, Chinese district courts only granted 160 plaintiffs out of 1,737 (i.e., 9.2 %) in all trade secret claims docketed throughout the nation:

With the 2019 new draft amendments, if the trade secret owner can establish a prima facie case by providing information that reasonably indicates that the trade secret has been infringed upon, and submit any of the following evidentiary documents, the burden of proof shifts to the defendant or alleged infringer to prove the opposite:

The Article 21 of the Draft states that a trade secret owner can provide any (i.e., one or more elements) of the following information to show that it has a prima facie case to reasonably indicate that its trade secret has been infringed:

Article 24 of the Draft Provisions further states that once the trade secret owner shows that the alleged infringer has a channel or an opportunity to access the trade secret and that the information the alleged infringer uses is substantially the same as the asserted trade secret, the SAMR (and its local agencies) may issue a preliminary injunction favoring the plaintiff absent any evidence provided by the alleged infringer. For example, under the draft provisions, the following scenario could be possible:  Company A sues Company B for trade secret infringement, when a prior employee of Company A responsible for product research and development joined Company B and helped B develop a product using trade secrets of A.  For Company A to obtain an injunction from SAMR against B or B’s new product, it may be sufficient that A produces the employment agreement with its former employee, documents showing that the said employee had access to A’s trade secrets, and a chart outlining how A’s trade secret assets that are used in B’s new product.  Together, Articles 21 and 24 of the Draft indicate that China is determined to step up on enforcement of trade secret rights.  In fact, when the 2020 Draft Amendments were released, the SMAR commented that it is optimistic that these changes on the burden of proof will pass the vote at the People’s Congress.  The SMAR not only intends for the Draft to provide trade secret owners with a more powerful tool to seek administrative enforcement through the SAMR and its local agencies.

Another interesting aspect of the Draft is that the SAMR has indicated, in Article 21, that it is willing to accept evidence submitted in a related legal proceeding.  This provision suggests that the SAMR is willing to consolidate parallel proceedings to save plaintiffs’ time and resources, by allowing them to seek administrative enforcement while their court proceedings are still pending.  Furthermore, Article 28 of the Draft Provisions gives the SAMR (and its local agencies) the power to enjoin alleged infringers from selling products manufactured using the infringed trade secrets.  Accordingly, the trade secret owner can request injunctive reliefs with the SAMR through administrative proceedings (which are typically faster and less expensive compared to legal proceedings) even if the related court proceeding are still pending a final decision.

[1]The SAMR is China’s government authority for regulating areas such as market competition, monopolies, intellectual property, and drug safety.  The China National Intellectual Property Administration/Office merged into the SAMR around 2018.

Recent Pharmaceutical, Chemical, and Biotech Patent Case Law on Infringement Under the Doctrine of Equivalents