An ANDA that meets the substantive requirements for approval but cannot be approved due to unexpired patents or regulatory exclusivities will be tentatively approved. An applicant may submit an amendment to its tentatively approved ANDA, which will receive a review goal date consistent with the review goal dates outlined in the Generic Drug User Fee Amendments Reauthorization Performance Goals and Program Enhancements Fiscal Years 2018-2022 (GDFUA II Commitment Letter). If the earliest lawful approval date is not for several years, FDA may defer assessment of an amendment and the ANDA will remain tentatively approved. If FDA decides to assess the amendment, the ANDA status will change to under review.

If the request for final approval has deficiencies that are not addressed by the Applicant during assessment, FDA will place the ANDA in complete response status until they are addressed. The final guidance contains a non-exhaustive list of common developments that may require amendments to the ANDA before requesting final approval. 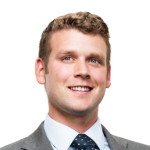 PTAB Litigation Strategies for 2022 and Beyond