By Courtney A. Bolin

In copyright law, the fair use doctrine limits the control authors have over their copyrighted works by providing that others may use the copyrighted work in a reasonable manner without the author’s consent under some circumstances. Specifically, Section 107 of the Copyright Act provides that certain uses of a copyrighted work, such as news reporting, do not necessarily infringe a party’s copyright rights. However, in Cruz v. Cox Media, the Eastern District of New York held that fair use did not protect a media giant from copyright infringement liability resulting from its unauthorized use of a photograph in its news reporting.

This case starts with a series of events that will likely resonate with many smart phone users. Alex Cruz, a New Yorker who is not a professional photographer, was walking through Tribeca in lower Manhattan on his way to visit his girlfriend when he noticed a “big commotion.” Cruz pulled out his iPhone and quickly snapped what he characterized as a “simple picture” of police officers apprehending someone “acting crazy.” Cruz shared his photo with a friend, and that friend—realizing that the image captured law enforcement taking down a terrorist suspect—posted it to Instagram. Seeing the post, several news outlets contacted Cruz to obtain paid licenses to use the photo. But Cox published the image without seeking a license or permission, and without even crediting Cruz as the photographer. So, Cruz sued the media group for copyright infringement.

As the court explained, to prove infringement, Cruz had to establish two things: ownership of a valid copyright and copying of his work’s original elements. Here, ownership was not really at issue, but Cox argued that originality was. Specifically, Cox argued that Cruz’s photo was not “sufficiently original to qualify for copyright protection,” asserting among other things that in taking the photo, Cruz “did not make a single creative choice.”

The court rejected Cox’s argument, explaining that originality in copyright law means only that the work was independently created by the author and possesses at least some minimal degree of creativity. More specifically, a photograph may be original in three respects: rendition, timing, and creation of the subject—meaning that “almost any photograph may claim the necessary originality to support a copyright.” Applying these principles, the court held that by taking the photo when he did, Cruz made “sufficient creative choices to meet the low threshold” of originality required for copyright protection.

After determining that Cruz held a valid copyright, the court turned to Cox’s affirmative defenses. First Cox argued that fair use provided a defense to Cruz’s infringement claim. The court disagreed. In reaching its conclusion, the court evaluated the statutory four-factor test laid out in section 107, which considers: (1) the purpose and character of the use, (2) the nature of the copyrighted work, (3) the amount and substantiality of the portion used in relation to the copyrighted work as a whole, and (4) the effect of the use upon the potential market or value of the copyrighted work. Ultimately, though, it appears that the court held against fair use based heavily, if not solely, on the first factor.

The purpose and character of the use, the court said, is at the “heart of the fair use inquiry” and seeks to determine “whether and to what extent the work is transformative.” Essentially, a work is transformative when it “adds something new, with further purpose or different character” in a way that alters the meaning or message of the first work. The court also noted that when the work is a photo, using it “for the precise reason” for which it was created for doesn’t “support a finding that the nature and purpose of the use was fair.”

Here, the court held that Cox’s use was not transformative. Cox didn’t use the photo for any original purpose, such as to criticize or comment on a news story. Instead, Cox used the photo merely as an illustrative aid, “without adding new information, new aesthetics, new insights and new understandings.” Indeed, the court found that the photo illustrated “just one sentence from the article—that the suspected terrorist “was taken into custody.” The court thus concluded that a finding of fair use under these circumstances would “eliminate copyright protection any time a copyrighted photograph was used in conjunction with a news story about the subject of that photograph.”  Further, the court concluded that it would be “antithetical to the purposes of copyright protection to allow media companies to steal personal images and benefit from the fair use defense by simply inserting the photo in an article which only recites factual information—much of which can be gleaned from the photograph itself.”

Although this basically ended any hope Cox might have had for its fair use defense, the court went on to address the three remaining fair use factors and concluded that, taken together, Cox’s use of the photo “was not fair.” As a result, the court granted Cruz’s motion for summary judgment on the issue.

After rejecting Cox’s fair use defense, the court turned to Cox’s other defenses, including its argument that the publication of the photo was protected under the First Amendment. The court only briefly addressed this argument, noting that Cox had not even responded to Cruz’s arguments on the issue. It held that under Second Circuit law “First Amendment concerns are protected by and coextensive with the fair use doctrine.” As a result, the court held that its decision to grant summary judgment against Cox on its fair use defense meant that it should also grant summary judgment against Cox on its First Amendment defense. 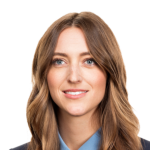