Edited by Kathleen A. Daley

In Nevro Corp. v. Boson Scientific Corp., Nos. 18-2220, 18-2349 (Fed. Cir. Apr. 9, 2020), the CAFC vacated the district court’s determination that claims covering methods and systems for delivering spinal cord stimulation therapy at high frequencies were invalid as indefinite. The Court explained that the test for indefiniteness is “not merely whether a claim is susceptible to differing interpretations” or “whether infringement of the claim must be determined on a case-by-case basis,” but rather whether the claims, viewed in light of the patent’s specification, is sufficient to inform a skilled artisan, with reasonable certainty, about the scope of the invention. Using this test, the Court found that the district court erred in determining invalid as indefinite the terms “paresthesia-free,” “configured to,” and “means for generating” used in the asserted patents. In addition, the CAFC found that the district court correctly determined the claims reciting a “therapy signal” were not indefinite but erred in its construction of the term.

Further discussion of the decision can be found on Finnegan’s Federal Circuit IP Blog. 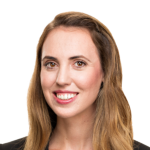