Counsel Say IPEC Costs Concerns May Not Be Fixable

The Intellectual Property Enterprise Court (IPEC) was intended to be a lower-cost forum for small intellectual property (IP) claims in England and Wales. However, the court has received pushback from many practitioners arguing that abusive tactics used at the court, such as using excessive expert witnesses and stacking legal teams with expensive lawyers and staff, are raising costs to High Court levels. Practitioners are calling for reform in various areas of the court to mitigate the abusive tactics. Managing Intellectual Property interviewed Finnegan partner Nicholas Fox to discuss his thoughts on proposed reform ideas.

One proposed reform idea is to establish a limit on court costs to prevent fees from spiraling. Nicholas stated that if a party is “determined to run up costs regardless,” then placing a cap on fees would be ineffective in preventing a large cost.

He continued, “The main question is, how often does that occur? Given the overall [high] volume of IPEC cases, I am not sure that it is a very common problem.”

Read "Counsel Say IPEC Costs Concerns May Not Be Fixable" 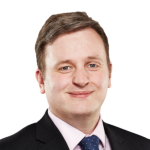 Seramount Names Finnegan One of the “Best Law Firms for Women”

How I Made It to Law Firm Leadership: 'Have a Steadfast Commitment to Promoting an Objective and Inclusive Dialogue,' Says Laura Masurovsky of Finnegan

Patents a Problem for AI, but Inventors Still Finding Ways to Thrive